The MSEC Project was originally developed by Moapa Solar LLC and approved in 2014. It included an 850-acre solar site on the Reservation and associated rights-of-way (ROWs) on BLM-managed lands for an access road, gen-tie line, and water pipeline. Records of Decision (RODs) were issued by the BIA and BLM in May 2014 and a ROW was issued by BLM in August 2015 for the linear facilities. In March 2017, EDF Renewables Development, Inc. (EDFR) purchased the MSEC Project from the original owner and renamed the Project the Arrow Canyon Solar Project.

EDFR subsequently transferred the project to Arrow Canyon Solar, LLC (Applicant). The expanded 2,200-acre solar field would be located in all or parts of Sections 28, 29, 30, 31, 32, and 33 in Township 16 South, Range 64 East; and part of Section 7 in Township 17 South, Range 64 East, Mount Diablo Meridian, Nevada. For the purposes of this EIS, the analysis area will include an area of land entirely located on the Moapa River Indian Reservation within which approximately 2,200 acres would be developed for the solar project. 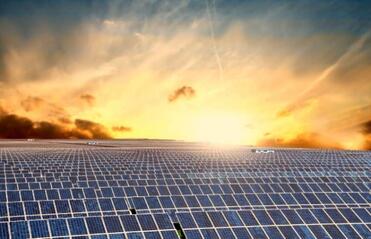 The Applicant is expected to operate the energy facility for up to 35 years under the terms of the solar lease with the Band. The 200 MW Project would meet an existing Power Purchase Agreement (PPA) for the output of the Project. Major components of the solar site would include multiple blocks of solar PV panels mounted on tracking systems, H-beam or pad mounted inverters, transformers, collection lines, battery storage facilities, project substation, and O&M facilities. Construction of the Project is expected to take approximately 18 to 20 months. Water would be needed during construction for dust control and a minimal amount of water would also be needed during operations for administrative and sanitary water use and up to two panel washings annually. The water supply required for the Project would be leased from the Moapa Band and delivered to the site via the previously approved water pipeline.